Environmental activist Chad Kister promises his talks around the area this week on global warming won't be all doom and gloom.

Sure, he'll hit audiences at Binder Park Zoo on Wednesday, Albion College on Thursday and Kalamazoo College on Friday with the heavy ammo from his recent research: 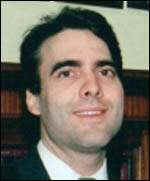